The beverage industry has a long commitment to environmental sustainability in TN and keeping it a beautiful place to live, work, and play.  We have supported several initiatives, but the TDOT Litter Grant and Keep TN Beautiful are some of the industry’s proudest accomplishments.  The Program, now coming up on its 40 anniversary, is a comprehensive, one-of-a-kind, award-winning program which is often looked to as a national model for workable litter control and prevention.  The program is not just about picking up litter but also focuses on education – trying to change the mindset for people to not litter.  The Tennessee TDOT Litter Grants are fully funded by the Soft Drink and Malt Beverage industries.  Litter grants are available to all 95 counties.  And, since the inception of the program in 1981, over 333,000 tons of litter have been collected, which is equivalent to 330,000 small cars (1 ton = 2000 lbs.).  In that same period, 9.2 million pounds of materials have been recycled thanks to the program.  The grants started with the cooperation and commitment of Pat Roddy of Knoxville Coca-Cola and then-Governor Lamar Alexander to help reduce litter in Tennessee.

The grants also fund “Keep Tennessee Beautiful” which provides litter prevention education, community engagement, and promotion of volunteers for beautification projects.  This proactive approach is and has been supported by the beverage and beer industries.  Tennessee is a national leader and example of a comprehensive litter program that has worked and made a difference. 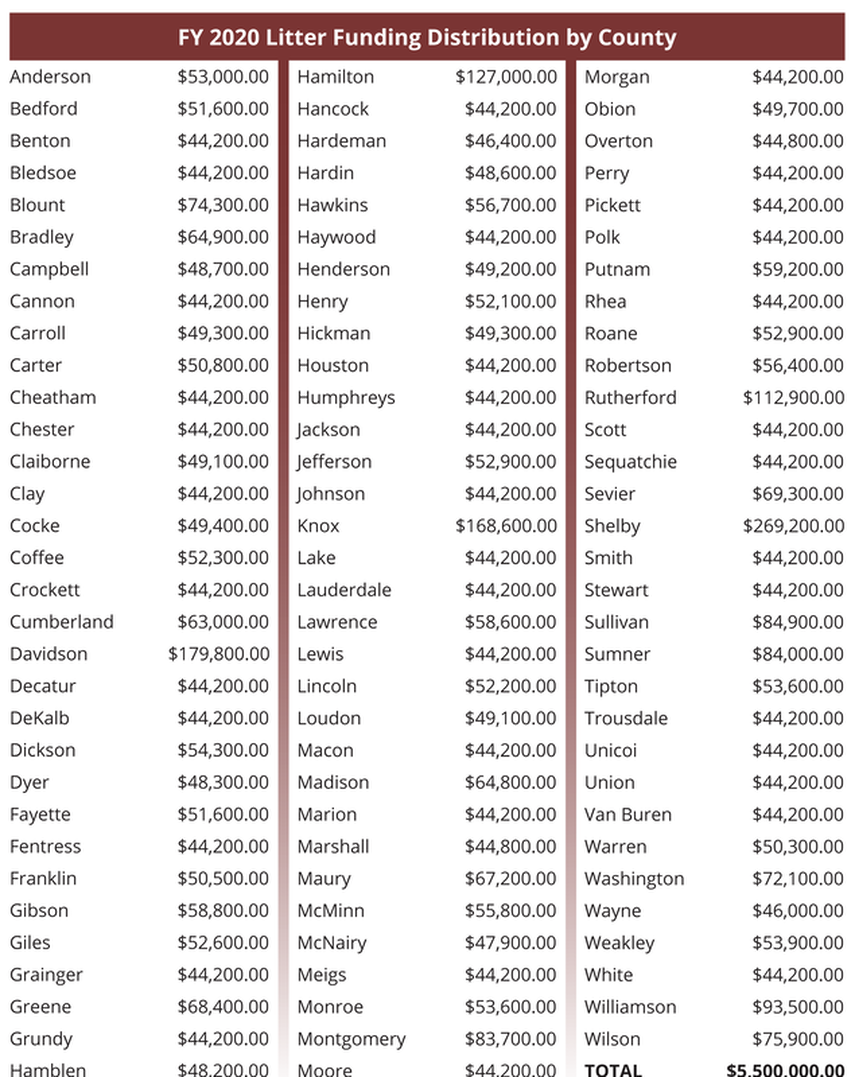